Rwanda formally known as the Republic of Rwanda is an Independent country in East Africa and is among the smallest states on the African Continent. It’s located south of the equator, bordering Uganda in the north, Burundi in the south, Tanzania in the East, and DR. Congo in the west. The country is in African Great Lakes Region and its geography is dominated savanna in the east and mountains in the west and due to the rolling landscape the country earned it’s the name ‘land of thousand hills’

The country is an amazing family tour destination with awesome places to visit, incorporating three wildlife parks with stunning wildlife, Rift Valley lakes, and the busy capital city of Kigali, which is incredible for a phenomenal family outing in and around the city.

Lake Kivu
Lake Kivu is among the Africa Great Lakes situated along the border of the Democratic Republic of Congo and Rwanda. The lake is among the highest altitude Rift Valley lakes found above 1,460 meters above the sea level. Lake Kivu is large with shallow waters perfect for swimming, kayaking, and boat cruise.

There are three tourist towns found at the shore of this lake; including Lake Kivu. Gisenyi is the most famous one. Situated on the northern shores, it is blessed with white sandy shorelines and amazing views of the Rift Valley scenes and the Virunga Volcanoes.

Here, there are a lot of chances for trips and water sports on the lake itself. Gisenyi has a variety of vacationer hotels on the lake shores, including Lake Kivu Serena Hotel, Waterfront Resort Lake Kivu, and Gorillas Lake Kivu Hotel.

The other town at the shores of Lake Kivu is Karongi, which is effectively reached from Kigali and is clamoring with market and lodgings, and Rusizi on the remote southern shores of the Lake.

The town of Butare otherwise called Huye, is found in the south of the country. This once a colonial town offers tourists an insight into the way of life, history, and modern-day life of the people of Rwanda.

Your family can visit the Rwanda National Museum where you can discover more about the pre and post-colonial history of Rwanda and the traditional culture of Rwanda displayed through relics.

Another interesting destination to visit with family in Rwanda is the Gikongoro Genocide memorial found just outside the Butare Town. It is found in just a 15minutes drive from Butare Town. Local tour guides will clarify how the huge number of Tutsi was killed during the 1994 Rwandan Genocide.

Huye market is a busy town with bars, restaurants, and shops with local and international cuisine to feast on. Tourists can appreciate everything from meat omelets, fish omelets, and boiled cassava, to sandwiches, pork, chicken, and vegan dishes. Also, the local market can be visited during the day, there are various hotels for overnight stays, including Motel da Munt Huye, Hotel Ibis, and Shalom House. 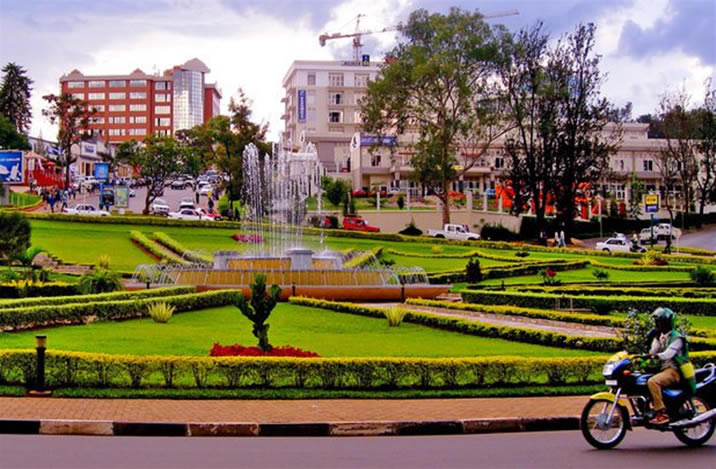 Kigali is the capital and business center of Rwanda and also is home to International hotel chains, such as Radisson and Serena, in addition to a host of local casinos, craft shops, shopping malls and bars. There are also good banks and forex bureaus in case you want to exchange, deposit or withdraw money.

In addition to the shop and local markets, a tour around Kigali City also offers tourists a visit to genocide memorial centers. This memorial center is a remembrance of the genocide incident that happened in the country in 1994 that claimed the lives of over 800,000 people with just 100 days.

The Gisozi, otherwise called the Kigali Genocide memorial, is a burial ground where 250,000 Rwandans were killed and buried. In this genocide memorial center, there are three exhibitions including educational sections, children’s exhibitions, gardens, and archives telling the story of the genocide.

Still, on Kigali city tour, you can visit other genocide memorial centers like Murambi, Ntarama and Nyamata church situated in the southern part of the city. These have melancholy displays including skeletal remains of the casualties of the genocide. A visit to these places is a lesson in building reconciliation.