The things to do in Rwanda are not many, but so unique. The country is long passed its war-torn days and now is one of the safest countries to visit in Africa. I was blown away when I first arrived in the country because it didn’t feel like Africa at all, it felt like Germany. Unlike other Eastern Africa countries, there is strict law and order, there isn’t any garbage on the streets, and lawns are manicured to impossible perfection.

The country is extremely small and there is one thing that everyone knows you can do in Rwanda, gorilla trekking. I would implore you to get to know the people of the nation as they have been through very tumultuous times and have risen above that to create a very unique place in Africa.

Kigali is the capital city of Rwanda, very unique and very clean, strategically located in the heart of Rwanda; Kigali is a gorgeous city with great weather. In Kigali, you can visit the Gisozi Genocide memorial museum to know more about the 1994 unrest in Rwanda. If you come to Africa and fail to reach Kigali, you have really missed a lot. Other genocide memorial museums around Kigali include Nyamata and Ntarama churches, located 30 – 35km from Kigali city. 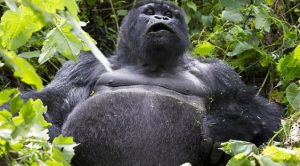 Gorilla trekking is the climax of all safaris in Rwanda – visiting Rwanda with outreaching Mountain Gorillas in Volcanoes National Park is a big mistake. A very unique experience when you can get inches away from Gorillas is something that you can’t put a price on. The largest groups of gorillas are in Uganda but you can also have a great experience in Rwanda. Volcanoes National Park hosts ten habituated Gorilla groups which are set for tourism. These include Susa, Group 13, Hirwa, Uganda, Karisimbi, Sabyinyo, Umubano, and others. Every gorilla group is tracked once by 8 people maximum per day. This aims at reducing human impact on the gorilla habitat.

Chimp trekking is the second thought for activity after mountain gorilla trekking in Rwanda. Rwanda’s chimpanzees are found in Nyungwe forest National Park. The park is known for its rich biodiversity and being the most endemic species-rich area in all of Africa. Other primates include the Grey-cheeked mangabeys, blue monkeys, vervets, golden monkeys, baboons, Red-tailed monkey, L’Hoest’s monkeys among others. Here we currently have only 2 habituated Chimps groups and tracking activity starts early at 5 am from the park headquarters. Each Chimpanzee tracking permit costs US dollars 90, booked through tour operators or Park offices directly.

Also takes place in Nyungwe National Park, with about 4 trails where you can take a guided walk in the forest. Each trail takes a different duration. We also have an adventurous canopy where one gets a fantastic view of the forest and birds.

Rwanda is famous for protecting a variety of wild animals and birds – Akagera National Park is situated in the Eastern region of Rwanda. Boat cruise on Lake Ihema leaves a lot to be desired.

Part of the Great Rift Valley, Lake Kivu is the border between Rwanda and the Democratic Republic of Congo. A great relaxing region where tourists are safe to visit and swim (ask locals where) and it’s also extremely picturesque. Make sure that you try to visit cities like Kibuye, Goma, and Gisenyi near the DR Congo border. On Kivu Lake, we have a boat ride to the hot springs, or to the coffee Island.

This is the cultural hub for the country and was once the most important city before 1965. Here you will find a great national museum that will show the great history of Rwanda and also it’s the entrance into the modern world. Visit the nearby Nyabisindu (Nayanza) where you can find the impressive royal palace of Rwanda’s feudal monarchy. 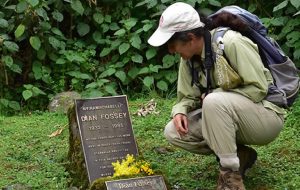 The American researcher Dian Fossey set up a research center high in the Virunga volcanic mountains midway between Karisimbi and Bisoke, naming it the Karisoke Research center. Now all that remains are some foundation stones and signs detailing what was there. She is buried there next to her beloved mountain gorilla digit. A guide leads the strenuous 3-4 hours hike. You will need at least a good 6hours to do the round trip, allowing time to explore.

Gisenyi is a bustling market town on the edge of Lake Kivu and not far from the border of the Democratic Republic of Congo (worth a wander to if you have a spare half hour to see the bustle of truckers and coaches sorting out visas to cross into or from Goma). There are hot springs just out of town and also the major brewery that brews the local Primus beer and has a license to brew Guinness. You can visit on weekdays by prior arrangement.

These elusive cheeky creatures hang out quite low down in the park, so are a good warm-up for the gorillas. At $ 100 a permit, they are also considerably cheaper. You will get a guide to accompany you and tell you facts about their habitat and habits.

Watch a performance of the Rwanda National Ballet, famous for its traditional dancing and singing.

Climb the Virunga Volcanoes between Ruhengeri and Gisenyi. Nyiragongo in the Democratic Republic of Congo is the most commonly climbed volcano from Gisenyi. The Parc National des Volcans region is composed of volcanic mountains, of which two, Nyamuragira and Nyiragongo, across the frontier in the Democratic Republic of Congo, are still active. These are best trekked rather than climbed and are still for the intrepid. In Rwanda we have Mout Bishoke hiked in one day, and Karisimbi that requires two days.