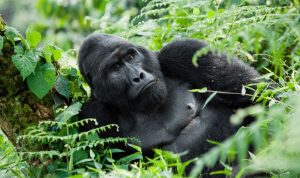 Mgahinga National Park is one of the most biologically diverse protected areas on the planet. The park is also a geologic wonder and contains some of the world’s dormant volcanoes. For much of its long history, though, Mgahinga National Park has been severely threatened by conflicts in the past. Thanks to the dedication of the park’s rangers and wardens, Mgahinga has been able to survive. Certain politicians, the European Union, conservationists, philanthropists, and private donors have also played a vital role in Mgahinga’s survival. The Park is located in the south-western corner of Uganda, right on the border with Rwanda. It is Uganda’s part of the famous Virunga Volcanoes ecosystem which also spans Rwanda and the Democratic Republic of Congo (DRC).

The park was founded in 1991 primarily to protect the mountain gorillas living in these forests and is the smallest national park in Uganda with an area of 33 sq km but it contains a great concentration of birds, animals, and plants. Mgahinga National Park contains a great concentration of birds, animals, and plants, and of course, you can spot the magical mountain gorillas. The habituated Nyakagezi groups are often in the area and offer an unforgettable encounter! In addition, one can climb one of the dormant volcanoes, quite a challenge, and take a trip to Lake Mutanda with its turquoise waters. Or simply relax at your luxury lodge and savor the wilderness experience. The mountain gorillas themselves move between the three countries so they do not live here all year-round.

The park comprises of an outstanding diversity of habitats ranging from the tropical rainforest at the base of volcanoes to lush landscapes and from bamboo to mosses–much sought-after food for gorillas and dripping leaves and wet bark. The magnificent Virunga volcanoes are quite spectacular and reward you with a very beautiful view. Driving to Mgahinga National Park is 8 to 10 hours drive from Kampala, by air, it is 60 minutes flight to Kisoro Airstrip. There are private charters from Kajjansi Airstrip or Entebbe airport, and daily scheduled flights operated by Aerolink Uganda Limited.

The park is located a 3 – 4 hours drive from Kigali city in Rwanda via Cyanika border. You can also access it through Gatuna border and this takes 4-5hours drive. A 3-day gorilla safari package (from Rwanda) is recommended to enable you to explore Mgahinga National Park. In the 3 days tour, you will not only track gorillas but also see golden monkeys and Batwa trail. From Uganda, you need 4-5 days due to long hours drive from Kampala unless you fly.

The Gahinga Lodge is a 45-minute drive from Kisoro town and offers large bandas and a good restaurant. Mount Gahinga Lodge is nestled at the base of Mgahinga, Muhavuru, and Sabinyo, three of the Virunga volcanoes. It is part of south-western Uganda though it pretty much forms the border with Rwanda and the Democratic Republic of Congo as all three countries share the world-renowned Virunga Volcanoes.

Mount Gahinga Lodge specializes in romantic getaways, with world-class, state-of-the-art facilities, and five-star accommodations-a fantastic meeting place of unbelievable adventure and top-notch accommodation and facilities. The lodge has been completely refurbished and renovated and now offers luxury accommodation in the heart of the Ugandan wilderness. There are 9 thatched bandas with en-suite facilities that offer the utmost privacy and exclusivity. The lodge has little impact on the eco-system and there has been a special emphasis on the need to reduce waste and excess. There is now a sunroom that looks out towards the volcanoes with spectacular views of the valley below and there is also a new terrace and lush landscaped gardens.